On Campus is a public radio reporting initiative focused on higher education produced in Boston at WGBH. The desk aims to explore trends in higher ed nationwide, taking the time to capture distinct voices of students, faculty, administrators and thought leaders. Our stories have aired on NPR's Morning Edition and All Things Considered, PRI's The Takeaway and APM's Marketplace.

On Campus launched in June of 2013 and is a collaboration with the Forum for the Future of Higher Education. Our reporting is also supported by the Davis Educational Foundation, the Lumina Foundation for Education and TIAA-CREF.

At a time when many families are questioning the value of a college degree, and grappling with how to pay for it, higher education is still one of the best ways to get ahead. But it's increasingly unaffordable. Costs and quality are being challenged and state and federal funding stagnating.

What's the potential for new business models and technology to increase access for low-income students and confront rising costs? How is American higher ed competing in the global market?  We're tackling these questions, rekindling a dialogue on the complex issues related to higher education. 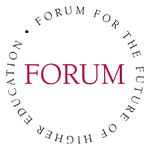 Kirk Carapezza is the managing editor and lead correspondent for On Campus. Kirk has reported for Wisconsin Public Radio in Madison, Wis., and Vermont Public Radio in Montpelier, Vt. He's been a writer and producer at WBUR in Boston; a teacher and coach at Nativity Preparatory School in New Bedford, Mass.; a Fenway Park tour guide; and a tourist abroad.

Kirk received his B.A. from the College of the Holy Cross and earned his M.S. from Columbia University's Graduate School of Journalism. When he's not reporting or editing stories on campus, you can find him posting K's on the Wall at Fenway. You can follow Kirk on Twitter @KirkCarapezza.

Lydia Emmanouilidou (ee-meh-noo-LEE-doo) is the associate producer for On Campus. In the past she's also produced for WGBH's Morning Edition and NPR's investigative unit, and worked as a researcher for the Schuster Institute of Investigative Journalism.

Lydia is originally from Greece; she was born in Thessaloniki and also lived in Athens.

She graduated with Highest Departmental Honors in American Studies from Brandeis University, where she also studied Journalism and Hispanic Studies, and wrote an honors thesis on media coverage of political sex scandals.

Molly Boigon is the production assistant for On Campus. She’s originally from New York but is currently an undergraduate student at Boston College. Before WGBH, she worked at SiriusXM and at BC’s radio station, WZBC. In her free time, she likes to cook, sing collegiate A cappella, and read mystery novels.