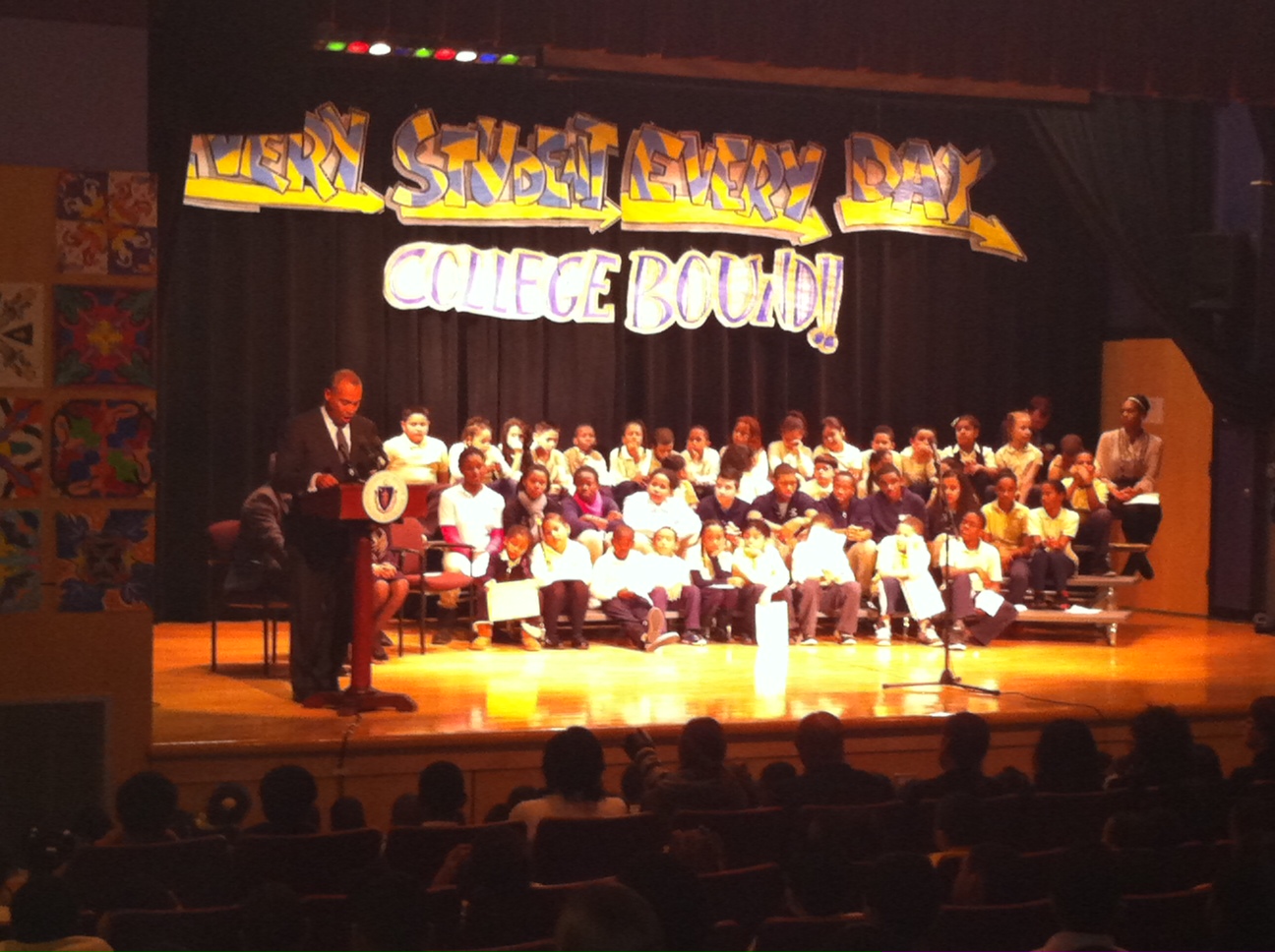 There's one overriding theme facing Massachusetts as Gov. Deval Patrick prepares to make his State of the State Address. How will the state pay for the initiatives Patrick has proposed this week?

On the heels of a major transportation plan, Patrick announced a massive plan to expand education on Tuesday.

Patrick’s announcement, at the Orchard Gardens K-8 school in Roxbury, was softened by a little boy named Francisco.

"When I grow up I want to be a firefighter so I can help people from fires," he said.

With Francisco and his classmates looking on, Governor Deval Patrick gave these students a lesson in politics.

"As a parent I hear optimism, as a governor I hear a call to action,” Patrick said. “Everyone has a stake in getting these young people to where it is they want and need to go."

In front of Francisco and an auditorium of his classmates, Patrick made the case for continued education investments. He unveiled a school investment plan he said will expand and improve access to education for students of all ages.

The plan will eventually cost $1 billion per year. With Massachusetts facing budget shortfalls, where will the money come from to pay for this education initiative?

"Which means new taxes,” Patrick said. “New taxes and fees. And we have to stop being afraid of that conversation. And start talking about the choices that we have to make in order to assure that we are building a stronger future."

Patrick said that future will be better, if we invest in early childhood education and allow for extended school days where it's needed. He didn't stop there.

Patrick said he'll provide more details in his State of the State address, where education, transportation and Massachusetts' future will hinge on how to pay for it all.